This is a Ralf Dahrendorf Roundtable.

Migration shapes cities. Newcomers settle in capital cities such as London and Amsterdam, but also in places like Zoetermeer, Arnhem, Antwerp or Oxford. How can these cities best manage migration? Join us on December 12th in the Dutch Innovation Factory in Zoetermeer for our symposium on midsize cities and migration. Speakers include Ahmed Marcouch and Nadia Arsieni. 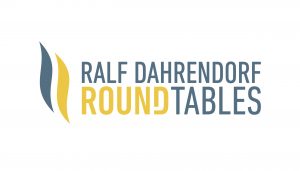 At this Ralf Dahrendorf Roundtable we zoom in on midsize cities in Europe. They are confronted with similar issues of migration and integration as big cities, but typically lack the means to address them. What defines successful migration policies in such cities? How can midsize cities promote social cohesion in schools and neighborhoods? What can they do to facilitate labour market participation? And which aspects of migration policy should fall under the responsibility of the city and which should be dealt with nationally?

The roundtable builds on the recent study New in Europe: A vision on migration and is hosted by the Hans van Mierlo Stichting, the D66 thinktank, in cooperation with the European Liberal Forum. It will be an English-language event.

Attendance is free, but please register by using the form below.

You can sign up for this roundtable by filling out the form below.

This is a Ralf Dahrendorf Roundtable.